What Is Our Predictive Maintenance World Coming To? - The History of PdM 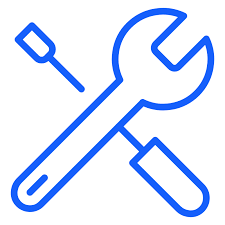 There are a few of us “old timers” left around who can remember our first analyzer. It was free, and we thought we could solve anything. It was our very own brain. With the touch of the hand, chunk of broomstick, or long screwdriver, by listening we could solve any issue and predict an impending failure. For the most part, this system worked pretty well and to this day, listening and feeling plays a very integral role in PdM (Predictive Maintenance). The biggest downfall of this method is that same ear and same touch can’t always be there and can’t log or trend what you are feeling and hearing, nor could we actually measure that feel to determine and trend precise changes.

The 1950’s brought us an actual meter. Something that we could hold in our hands and show somebody what we had been hearing and feeling. These meters were a huge step forward. This technology brought us the ability to see an overall vibration of the equipment and trend that vibration. We were able to separate frequencies allowing a spectrum view and the option look at this data in either peak to peak or inches per second.

Starting in the 1970's, the evolution of personal computers brought analyzing to a completely different level. The ability to digitally process our data, now allowing us to look at time wave forms, FFT’s (commonly referred to as a “spectrum”) made data acquisition quick and interpreting and analyzing the data much easier. These first units were heavy and cumbersome to say the least.

Progression through the 1980’s and 1990’s brought PdM to a whole new level with hand held analyzers that were easily transportable, had the speed of microprocessors and the capability to store huge amounts of data. These analyzers could not only be used for data acquisition, but could also be used for alignment, current spectrum analysis, etc.

Turn of the century technology brought us to continual monitoring with either hardwired accelerometers going to a computer or done wirelessly. This data can be accessed from anywhere and could even notify you in the event of an escalation in the vibration levels. This technology is great and still has many uses, but is very costly. Because of the cost, most companies have needed to make hard decisions on which pieces of equipment to monitor. Some obstacles that are faced with hardwired or wireless data acquisition is the initial setup and the logistics/costs of the wires that need to be run or the need for repeaters to gather the data and route it to the computer.

The turn of the century also brought us Bluetooth. Now, with the use of a tablet or our cell phone we can connect to our car, refrigerator, BBQ grill, coffee maker and even a vibration/temperature data acquisition device. Bluetooth and microprocessor technology has given us the ability to take a tiny device that contains a tri-axial accelerometer to record vibration and a thermometer to record temperature, store the data for up to 3 years, and allow us to connect without contact via cell phone or other Bluetooth capable device. This device will provide a report with a FFT or time wave form, trend vibration, trend temperature and show through an indicator light if the unit went into preset alarms levels. This device gives a user the ability to gather trend data for multiple pieces of equipment in seconds without ever having to touch the equipment.

All of this at half the cost of a cell phone. This low cost allows you to trend data on more pieces of equipment than before.

To learn more about predictive maintenance, check out our blog How Does Vibration Analysis Work.

Bob Bolhuis  is the Business Development Manager, Large Machines & Projects for HECO - All Systems Go. Bob has over 30 years of experience in the electric motor industry with a focus on large electric motors. Bob has been instrumental in the implementation of a variety of Motor and Powertrain Performance Systems that HECO has partnered with end-users on.